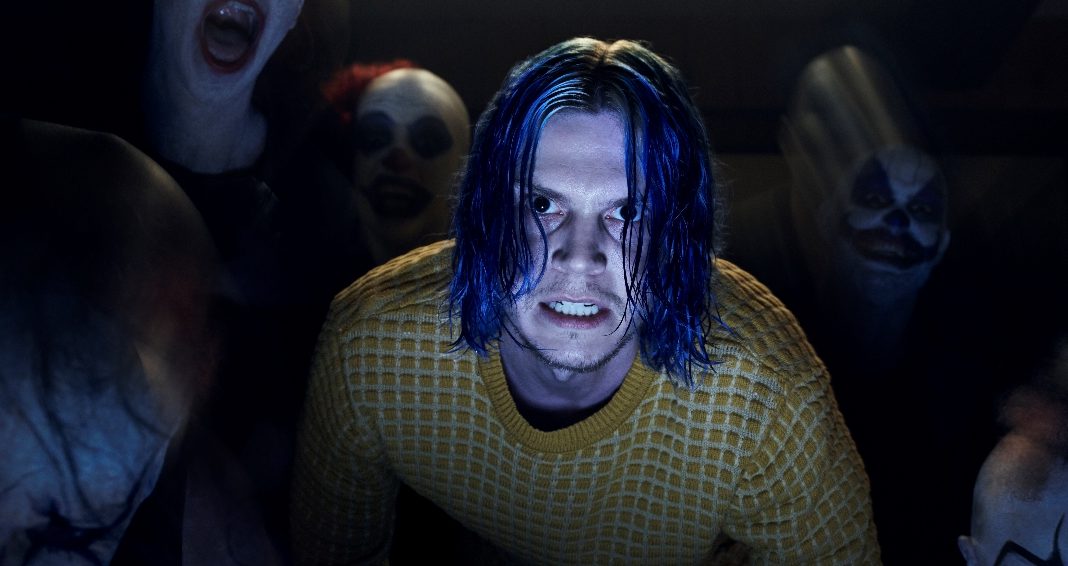 I have some friends that saw The Blair Witch Project every third or fourth day during its impressive theatrical run and while repetitive viewing isn’t that uncommon, horror movies don’t generally move people to that sort of fanaticism. They kept going, and kept roping people into the endeavor, because they found it be among the funniest films ever made. More than just the film itself (after all, once on home video I don’t think any of them have watched it again), experiencing the film along with people who actually acted scared because a pack of morons got lost in the woods was unendingly entertaining.

American Horror Story has long since moved into this realm, and despite the curiosity of the show’s ratings, each new season feels a lot more like watching the behind-the-scenes bonus feature than watching anything that is actually a show itself. Just for clarity, the last few seasons of the show have kicked off with decent enough ratings, 6.13, 5.81, and 5.14 million viewers, but season 4 ended with a finale viewership that barely beat the premiere of the first season, 3.18 million, and the last two seasons tanked hard with their finales, 2.24 and 2.45 million. Everyone wants to see what the new gag is, but the last two seasons were ludicrous and audiences left in droves.

American Horror Story: Cult has the benefit of being both hilarious and hilariously anti-Trump (whatever Ryan Murphy may say), but the positives end there. While the title might lead you to expect a certain kind of horror story, this is a show that aims to examine the cult of personality that finds a foothold in discord… and one woman’s truly ruptured psyche.

Sarah Paulson stars as Ally Mayfair-Richards. The show kicks off as Trump wins the election and Ally, as a married, gay woman is rather horrified by the idea. Historically, the underrepresentation of gay women in film and television has been a controversial issue, so it was refreshing for one of the lead characters in the show to be part of the LGBTQ+ community. She also has a recurring fear of clowns which harkens back to a previous season of the show – read: we get to reuse footage. Ally’s wife, Ivy Mayfair-Richards (Alison Pill), isn’t exactly happy either, but she’s more concerned about Ally’s excitable, occasionally-not-as-medicated-as-she-should-be response. This a realm of cliches and characters who stand in for perspectives and demographics, so you now know everything about these characters that you’re going to get.

Of course, Trump’s win isn’t going to result in the same response from everyone, and Kai Anderson (Evan Peters) sees the win as something of an emboldening proposition, leading him initially to voice his concerns at a city council meeting. This doesn’t go over well, but that doesn’t bother Kai in the least. Well, it does bother him, but it doesn’t slow him down.

These two viewpoints meet before long, and as Ally seems to be increasingly falling into a pit of her own delusions, Kai lays the foundation for, apparently, some grand machinations. This means Ally finds herself in a completely empty grocery store with a worker wearing a Trump propaganda hat, apparently because what people find fantastically scary now is being alone with anyone who would admit to supporting Trump. In case that weren’t creepy enough, and it is, she starts seeing clowns everywhere, and while crazy clowns might also be enough, they’re nothing compared to crazy clowns having sex.

As we progress through the first few episodes, Ally’s slips through the surreal veil begin to have mounting consequences, because it’s tricky to deal with the world at large, and for others to deal with you. Ally and Ivy look to hire a nanny, who is naturally exposed as rather shady so that the audience can be “in the know,” and decidedly uncomfortable. And, just when you thought you had a handle on the escalation of extremes that were probable during the course of the show, a tragedy next door to Ally and Ivy’s house turns things up a few more notches.

You’re in or you’re out at this point, if you make it that far, because we bring on new characters, like detectives, settle into the crazy in store, and are increasingly saddled with hints that we aren’t watching the timeline we might have expected.

For those who frequently embrace third-tier horror films, or otherwise productions that are so bad they become awesome, the series gets better every year and has reached an impressive zenith. For others, this one is a largely nonsensical bag of cliches tilting at each other that may as well kick puppies and feature explanatory subtitling (because you aren’t bright enough to figure out the “metaphoric” exposition unless the dialog includes as much “why I’m saying it,” as, “what I’m saying.”). It isn’t just that it’s bad, it’s bizarrely distancing. It progresses as though crafted by way of an algorithm meant to illicit the biggest response (good, bad, or otherwise) from a drunken frat party.

On the other hand, if you really loved the last two seasons (one way or the other), this one is going to rock your world.