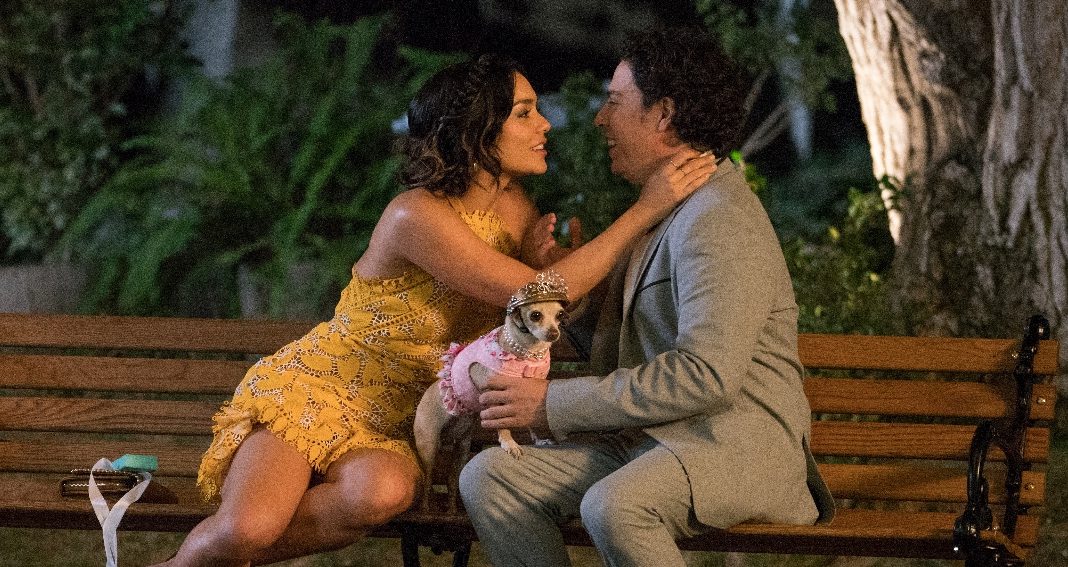 Dog Days may seem like a film that screams to be dismissed out of hand, assuming you aren’t instantly sold on all things dog related, but when you look at it a little closer you see that this one might actually be a lot of fun.

First, and easiest to miss, it’s directed by Ken Marino, who you know from all sorts of things, including Children’s Hospital. It isn’t perhaps a guarantee that this is a winner, but if he’s involved there is something about the comedic sensibility that is worth giving the benefit of doubt.

Beyond Marino, the film has a cast that is worth noticing, even if the teaser trailer wants to focus on all the dogs and more generally the angsty antics of the film’s dog owners. The film stars Nina Dobrev, Vanessa Hudgens, Adam Pally, Eva Longoria, Rob Corddry, Tone Bell, Jon Bass, Michael Cassidy, Thomas Lennon, Tig Notaro, Finn Wolfhard and Ron Cephas Jones. Adam Pally (Happy Endings, The Mindy Project) might get most of the attention in the teaser, but you get glimpses of most of the rest of the cast.

It’s an ensemble comedy that looks at the lives of several different dog owners in L.A., and heads off the curious adventure that is the intermingling of their lives.

One has to imagine that part of the hilarity comes by way of the curious mix of people that call themselves dog owners. Judging by Pally’s stint in the trailer, there are a wide variety of attitudes and personalities involved, and a key feature of the whimsical interactions is sure to involve the degree of seriousness with which one takes their dog-centric responsibility. Pally’s character, who seems mostly irritated by his lifemate, is bound to run into someone who takes canine parenthood a lot more seirously.

With Pally and Rob Corddry on board, there are sure to be a lot of laughs, even if this brief glimpse delivers a rather simplistic view of the effort.