The Predator Trailer Is About As Bonkers As You’d Guess

It’s hard to jump down the needless rehash rabbit hole with a purer sense of reckless abandon than by revisiting The Predator, a movie that was largely dismissed when it first rolled around, though it has managed a certain cult status because it showed up during the Stallone/Schwarzenegger battle for action star supremacy.

Thus, it’s easy to dismiss the film if you aren’t addicted to nonsensical action and violence, but it’s just as easy to be intrigued by what new sensibilities and FX potential might do with the effort.

Throw in some actors who don’t seem like the kind to sign on for garbage, or anything near this genre in the first place, and you might have to revisit your initial impressions. If we played a game of “Here’s the cast, now guess what upcoming film these people are in,” I don’t imagine anyone would have had a shot. Sterling K. Brown, Olivia Munn, and Jacob Tremblay would throw you off immediately, but Keegan-Michael Key just doesn’t fit a film where a lot of people are going to get killed by an alien.

But, now the trailer finally hits and it’s a little hard to tell exactly where this film wants to go with us. That isn’t terribly surprising either as the film is directed by Shane Black, who is famous for the passable The Nice Guys and the near Marvel-killing Iron Man 3.

A kid opens a weird box on Halloween night, and before hardly anything has happened, you can’t help but feel like there’s going to be a Gremlin inside. The synopsis, and trailer, declare that our creepy aliens are stronger, smarter, and deadlier than ever, having genetically upgraded themselves with DNA from other species (and after apparently having become fans of the Saw franchise). Hooray. 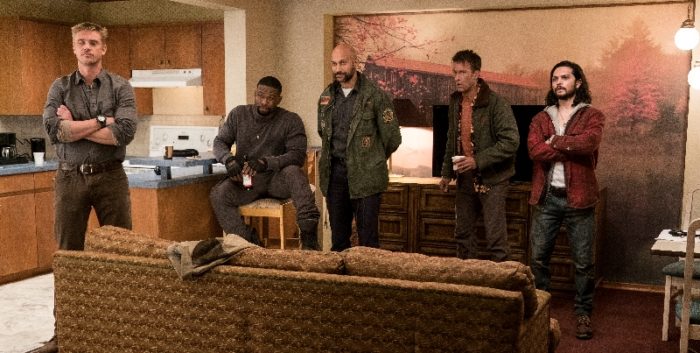 Is this one going to deliver us a fantastic, popcorn thrill ride, or is it even going for something as straightforward as that in the first place? It’s bizarrely hard to guess at this point, but man don’t you just want to know what’s going to happen to that kid and his little toy now?